What is Bobbin Lace? 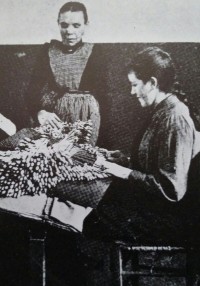 Bobbin lace has been made for centuries.  Unlike most laces which are created by manipulating a single thread, Bobbin Lace is a weaving technique that incorporates many threads at once.  The first examples of Bobbin Lace appeared sometime before the 1500's and were used as seam decorations on clothing.  It was made with either gold or silver threads.  As lace became more elaborate, metal threads became too heavy (and expensive!) and were abandoned for linen and silk.  Bobbin lace reached its zenith in technical and aesthetic development in the 17th and early 18th centuries.

Machine net was invented in the early 1800's.  Machine laces were often used for household items such as bed covers, window curtains, and table covers to name a few.  Handmade lace continued to be worn on clothing into the 20th century, but World War I proved to be the breaking point.  After 1917, lace fell out of fashion and the commercial handmade lace manufacturers closed. 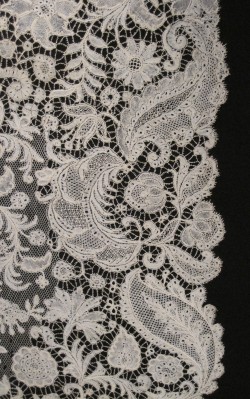 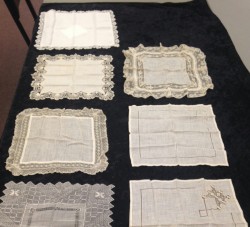 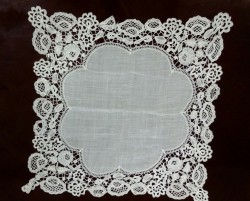